Praying with the Dalai Lama

If you can, visit Dharamsala in February/March to attend a public lecture and prayers with the Dalai Lama. The Dalai Lama attracts all kinds of people, from Tibetan refugees in search of their identity to the spiritually inclined, the curious traveller to India to the adventure activity seeker headed to the Himalayas and those who look to be inspired to lead a more meaningful life. Whatever may be the reason to meet the Dalai Lama, almost all leave feeling elated like groupies. 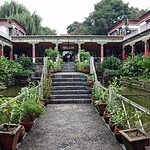 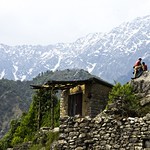 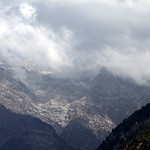 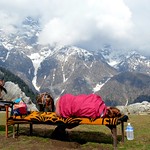 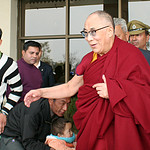 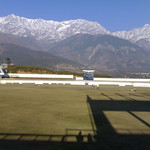 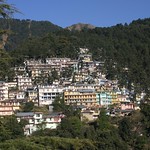 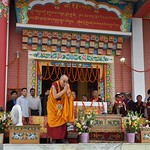 Imagine the impact of having holiness thrust upon Lhamo Thondup (birth name), a boy of five and then made the political leader of Tibet by the age of 15! Empathise with all the upheavals in the Tibetan cause and understand the unaltered campaign for peace and love for nature of the Dalai Lama. Understand why young people across social media agree that no religious leader is as inclusive as the Dalai Lama and perhaps only Nelson Mandela comes close to the same 'rock star' status. Buddhism was never this open before the Dalai Lama and his worldwide presence, media interactions and lectures.

The best way to meet the Dalai Lama is to have a private audience. His Holiness is famous for his infectious laughter and warmth and you come away laughing a lot amazed at how ‘real’ he is. The Dalai Lama is all about ‘simple living and high thinking’, yet modern in outlook and at the same time gives scholarly discourses in Buddhism in all its true sense. Most of his interactions are in English with an interpreter at hand for difficult words. The Dalia Lama meets people thrice a week (Mondays, Wednesdays & Fridays) at the Central Tibetan Administration, at Dharamsala in the northern state of Himachal Pradesh. Requests for private audience are screened for reasons and its best to make the request well in advance. Of late public audiences have been stopped taking into account his health, age and other cause and media commitments.

Discern the compassion and love for nature of the Dalai Lama in his residence, office and temple of Tsuglakhang which was built without cutting a single tree! Be amazed at the temple which rest on columns built on two still growing deodar trees with adjustable metal rings. Enjoy the beautiful weather in this Little Tibet and its coniferous trees and the Himalayan peaks in the far horizon.

Visit in March for the 10-day long Shoton Festival in Dharamsala for splendid sights and sounds and Tibetan theatre conducted by the Tibetan Institue of Performing Arts, which began to keep alive traditional art. Shop for Thangka paintings and Tibetan shawls and pashmina.

Dharmasala and near-by McLeodganj have a choice of cuisines on offer, from burger joints to Tibetan eateries and curry houses. Do try the Tibetan Thukpa, steamed or fried momos and their spicy sauce and sausages.

Sports fans will enjoy the Dharamshala Cricket Ground which hosted its first ever One Day International match in January 2013 between India and England in which England won. The views are spectacular from the ground.

Discover how sleepy McLeodganj hamlet turned into bustling city thanks to Nauzer Nowrojee a shopkeeper who inspired the Rohington Mistry Novel, ‘A Fine Balance’. The 152 year old shop, which began as a general merchant, moved on to ammunition and guns and today sells only newspapers and confectioneries surviving even the Kangra Valley earthquake in recent times. Nowrojee, who was a friend of the Dalai Lama, managed to persuade the fleeing spiritual leader into settling in Dharamsala with its Lhasa like cool weather. Find quite a few colonial relics in the shop like old Petromax lamps, soaps and toffee boxes.

Interestingly, ‘Dharamsala’ literally means Pilgrims’ Rest House in Sanskrit. Can there be a more befitting name for the home of the most famous spiritual and political refugee in the world?

In the Same Area: