Seek out the Mughal times of yore in the remarkably well preserved architecture here and marvel at the opulence and fortitude of the great Mughals. 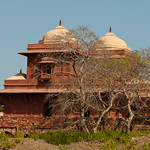 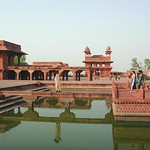 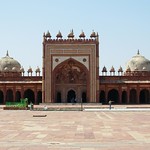 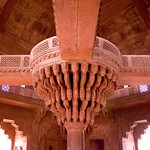 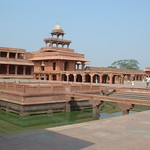 Fatehpur or 'Town of Victory' was born out of the Emperor Akbar's devotion to the Saint, Sheikh Salim Chisthi, who predicted that there would be three male heirs. Akbar evolved to be more inclusive with his Hindu wife and open views on relgion and abandoned the new city quickly leaving Fatehpur Sikri frozen in time.